March For Our Lives from DC

One of our very own members participated in the March For Our lives Event in DC this past weekend. Below are her thoughts about the event that she was kind enough to share in a blog post.

I had the great opportunity to join 800,000 other enthusiastic Marchers in DC.  Their posters and signs showed a variety of perspectives about pro gun safety. From concerned grandmas to very young gun safety advocates; men and women, LGBTQ and straight, all colors of the rainbow – there was diversity and within that diversity there was a common energy, for a common cause!

The students of Parkland created helped to create an important movement.  There were 17 passionate speakers (to honor the 17 victims from the Parkland shooting) from across the US, sharing how they are impacted by gun violence. They lost brothers and sisters to senseless gun violence.  Two of the speakers were 11 years old and even Martin Luther Kings granddaughter spoke! All of these courageous speakers spoke from the heart. You could feel their emotions.

It is apparent that this event is just the beginning of change that is to come.  After each speaker, the crowd chanted, “vote them out, vote them out!”  As the voter registration forms were filled out, one could sense that the youth of our nation will lead us to that change.

While there were celebrity performers, they were not the main or most important voices. They performed and then left the stage but the voices of protest never ceased.  The transitions were filled with amazing video clips of students speaking out. One particular one had a Parkland student mirroring the NRA spokesperson – two completely different perspectives! Both ended with “your time is running out”.

March For Our Lives highlights the importance of gun safety but it also points to the fact that voting matters. We need to help register voters and then, make sure they actually get out to vote. We can be part of the change!  Let’s MARCH FOR CHANGE! 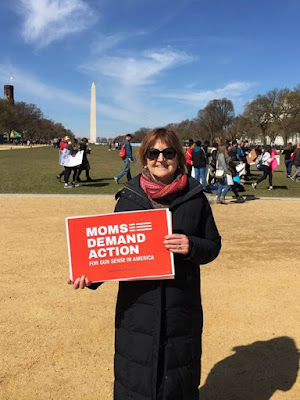 Both the House and Senate will be off from March 24th to April 9th. Now is a good time to hold your MoC accountable and to let them know where your vote will be in the upcoming midterm elections!

We believe you should always make sure to discuss with your MoCs the things that matter most to you. Here are some issues Indivisible Rochester and Indivisible National suggest you bring up.


Accountability For The GOP Tax Scam

Ideas for questions to ask your Republican MoCs:

1.) will you release your tax returns? If not, why not? Will you at least tell us how much money you got back in your paycheck this month?

2.) Why did you support a tax bill that we all knew would benefit corporations and shareholders over workers and the middle class?

3.)Why is there money for tax cuts for the wealthy, but not money for Social Security?

For your Democratic MoCs:

1.) Will you commit to repealing this law when Democrats retake your chamber of Congress?

According to the ACLU of New York, "New Yorkers face arbitrary registration deadlines, faraway polls and long lines just to cast a ballot. One of the top reasons residents say they didn’t vote is because they couldn’t find the time. In recent elections, red tape has caused dismal voter registration and turn-out across the state. Just last year New York had the eighth worst turn-out in the country."

Voting is our fundamental right and nothing should stop us from exercising it.
Gov. Cuomo’s proposed budget would give voters 12 days before Election Day to cast a vote, allowing the flexibility to visit polling sites at their convenience. That means they could manage work obligations, illness, transportation, disability and unexpected obstacles to the polls.

Call your representatives and make sure that Cuomo's proposal stays in the budget!
You can  easily find your elected officials using this website!

Hello, For those of you looking for ways to help with political campaigns. Canvassing for political candidates may be helpful. This is Heather Neu. And she is discussing tactics to reach out to your community and help them become more active in the political process. More info will be provided later

*Sorry about the camera work
Posted by Unknown on March 21, 2018 No comments: 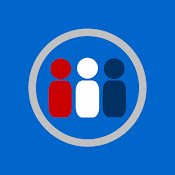 Event: Not A Crime: Making Our Case for the Reproductive Health Act 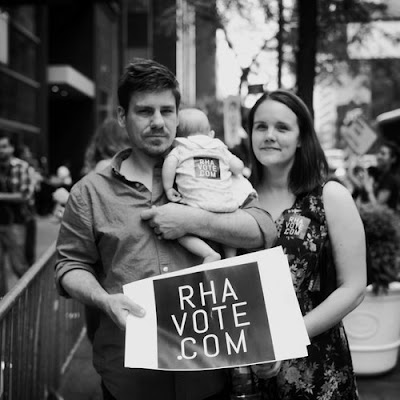